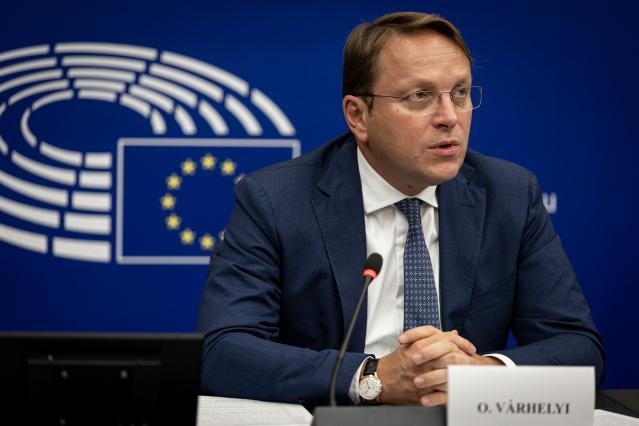 Today, the European Commission adopted its 2021 Enlargement Package, providing a detailed assessment of the state of play and the progress made by the Western Balkans and Turkey on their respective paths towards the European Union, with a particular focus on implementing fundamental reforms, as well as clear guidance on the reform priorities ahead.

EU High Representative for Foreign Affairs and Security Policy/Vice-President of the European Commission, Josep Borrell, said “With today’s report, we provide a detailed assessment of the progress made in the Western Balkans and Turkey, and where work remains to be done. We have to maintain a credible enlargement process. This is a two-way street: The new methodology is a merit based approach. It puts a stronger focus on fundamental reforms, such as rule of law, fundamental freedoms, economy and functioning of democratic institutions. Our partners need to address them, in the interest of their citizens and to advance on the EU path. And they need put aside their differences. On the EU side, we need to deliver on our commitments. The EU is not complete without the Western Balkans. It’s time we come together and unite in building a stronger Europe.”

Presenting this year’s Package, consisting of Communication on EU enlargement policy and annual reports, Commissioner for Neighbourhood and Enlargement, Olivér Várhelyi, said: “Enlargement policy is a geostrategic investment in peace, stability, security and economic growth on our European continent. It’s a merit based process, to which we provide a factual and fair assessment as well as a clear roadmap to accelerate and deepen reforms in our partners. This is in line with our revised enlargement methodology, enhancing the credibility of the process. And we are standing by the Western Balkans and Turkey with significant financial support through the new Instrument for Pre-accession Assistance (IPA III). IPA III is also the main funding source for the almost €30 billion Economic and Investment Plan for the Western Balkans, which aims to boost the region’s economic development and convergence with the EU as well as the long-term post-pandemic recovery.”

Commission President Ursula von der Leyen’s recent visit to the region and the EU-Western Balkans Summit held on 6 October 2021 at Brdo pri Kranju in Slovenia sent an important signal that the Western Balkan’s future lies within the European Union. The clear and strategic commitment of the EU to the region was reflected in a number of key actions bringing tangible benefits to the citizens of the Western Balkans, from continued support to the COVID-19 response to a significant funding pledge under the Economic and Investment Plan to bolster the region’s long-term economic growth and to move towards greener, more digital and innovative economies.

For Montenegro, according to the Commission’s assessment an overall balance is currently ensured between progress under the rule of law chapters and progress in the accession negotiations across chapters. The priority for further overall progress in negotiations remains the fulfilment of the rule of law interim benchmarks set under chapters 23 and 24. To reach this milestone, the authorities need to demonstrate in practice their commitment to Montenegro’s EU reform agenda. Montenegro needs to further intensify its efforts to address the outstanding issues, including in the critical areas of freedom of expression and media freedom and fight against corruption and organised crime, without reversing earlier achievements in the judicial reform.

For Serbia, according to the Commission’s assessment an overall balance is currently ensured between progress under the rule of law chapters and normalisation of relations with Kosovo, on the one hand, and progress in the accession negotiations across chapters, on the other. Serbia needs to continue and to accelerate and deepen reforms on the independence of the judiciary, the fight against corruption, media freedom, the domestic handling of war crimes and the fight against organised crime. In particular, the Serbian authorities should finalise the constitutional reform process in the area of the judiciary by the end of this year. Serbia’s progress on the rule of law and the normalisation of relations with Kosovo is essential and will determine the overall pace of the accession negotiations. Serbia also needs to improve its alignment with EU foreign and security policy. A recent increase is a positive initiative step in this respect. The Commission welcomes that Serbia has fulfilled the benchmarks to open clusters 3 and 4. The Commission supports Serbia’s ambition to open as soon as possible new accession clusters, on the basis of continuing reform progress.

Albania and North Macedonia continue to fulfil the conditions to open accession negotiations and both countries advanced steadily on the EU reform path. The delays in the official launch of accession negotiations with Albania and North Macedonia are having a negative impact on the credibility of the EU. Pending bilateral issues between Bulgaria and North Macedonia need to be resolved as a matter of priority. It is crucial that EU Member States conclude the discussions on the Negotiating Frameworks without further delay and that the first intergovernmental conferences with both countries are held as soon as possible and before the end of this year.

In Bosnia and Herzegovina, the strategic goal of EU integration has not been turned into concrete action. The political environment remained polarised, as political leaders continued to engage in divisive rhetoric and unconstructive political disputes, which have hindered overall progress on the 14 key priorities. The blockage of the State institutions and the calls to roll back reforms are of deep concern and can only be overcome by political dialogue. A marked decrease in Bosnia and Herzegovina’s rate of alignment with EU foreign and security policy is a negative signal. Still, some significant steps have been taken, including the holding of municipal elections in Mostar after 12 years. BiH needs to address the 14 key priorities, including  electoral and constitutional reforms, and will have to deliver on a critical mass of reforms before the Commission could recommend granting candidate status to the country.

In Kosovo, the early parliamentary elections in February 2021 resulted in the formation of a new government that enjoys a clear parliamentary majority. Full and effective implementation of the reform action plan over the coming period will be essential. The Commission stands by its assessment of July 2018 that Kosovo has fulfilled all visa liberalisation benchmarks, but the proposal is still pending in the Council and should be treated as a matter of urgency.

A comprehensive legally binding normalisation agreement with Serbia is urgent and crucial so that Kosovo and Serbia can advance on their respective EU paths. Belgrade and Pristina need to engage constructively in the Dialogue process, facilitated by HRVP Borrell and EUSR Lajcak.

All six Western Balkans partners have committed to establishing a Common Regional Market, building on EU rules and standards, and should focus on overcoming the difficulties encountered in order to bring the opportunities of this initiative to the citizens and businesses of the region and to maximise the benefits of the investments under the Economic and Investment Plan.

Turkey is a key partner for the European Union in essential areas of joint interest, such as migration, counter-terrorism, economy, trade, energy and transport.

Dialogue and cooperation with Turkey increased in 2021. The European Council repeatedly stated that the EU has a strategic interest in a stable and secure environment in the Eastern Mediterranean and in the development of a cooperative and mutually beneficial relationship with Turkey. It welcomed the de-escalation in the Eastern Mediterranean, which needs to be sustained. On the basis of the March 2021 Joint Communication on the state of play of EU-Turkey relations, the EU is ready to engage with Turkey in a phased, proportionate and reversible manner to enhance cooperation in a number of areas of common interest, provided that the current de-escalation is sustained and that Turkey engages constructively and subject to the established conditionalities. In case of renewed unilateral actions or provocations in breach of international law, the EU will use all the instruments and the options at its disposal, in order to defend its interests and those of its Member States. Turkey is expected to actively support the negotiations on a fair, comprehensive and viable settlement of the Cyprus issue within the UN framework.

EU leaders confirmed that dialogue on rule of law and fundamental rights remains an integral part of the EU-Turkey relationship. The EU’s serious concerns on continued deterioration of the rule of law, fundamental rights and the independence of the judiciary have not been credibly addressed by Turkey. Turkey needs to reverse this negative trend as a matter of priority with addressing the weakening of effective checks and balances in the political system. The EU-Turkey Statement of March 2016 continued to deliver results and Turkey continued to play a key role in addressing migration along the eastern Mediterranean route and hosting the largest refugee population in the world. The EU welcomes the ratification of the Paris Agreement on climate change by Turkey and looks forward to engaging with Turkey on the implementation of the European Green Deal.

It is now for the Council to consider today’s recommendations of the Commission and take decisions on the steps ahead.