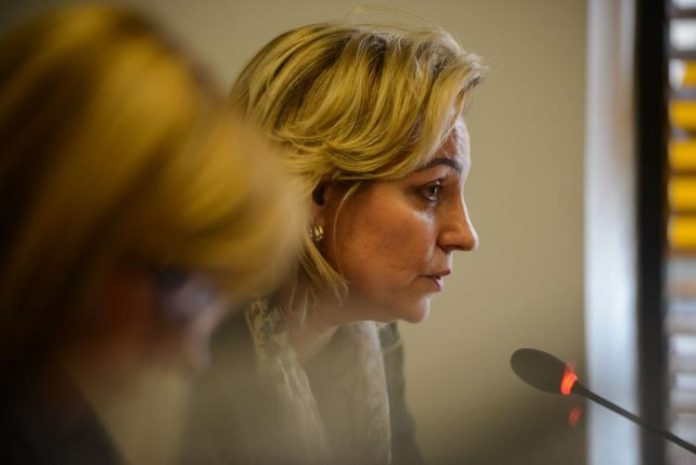 You have heard the High Representative and Vice President of the European Commission, Federica Mogherini and Commissioner Hahn.

The Western Balkans countries will join the European Union. This path is clear and has just again been confirmed. This strategy is the roadmap of how to get there, the reforms that are needed and the obstacles to be navigated.

What does this mean for you, for Kosovo?

First of all, and crucially, let’s be clear: there is no distinction made between Kosovo and the other countries in the region. The perspective is the same; the conditions that will have to be met are the same; and the commitment and support of the EU to each and all is the same.

Secondly, the enlargement process remains a merit-based process. There are no automatisms, and no prescribed timelines. The pace of the process depends on the partners and their willingness to deliver.

Thirdly, the EU cannot and will not import bilateral disputes. These must be solved as a matter of urgency. The strategy clearly spells out the priorities and areas of joint reinforced cooperation and good neighbourly relations. Kosovo, but also Serbia, must intensify efforts to normalise relations. For both, there can be no alternative path to a European future.

This Western Balkan strategy is part and parcel of our larger strategy to strengthen the democratic, institutional and policy framework for our Union. If the Western Balkans, including Kosovo, want to join in this common future, they must be willing and able to contribute to this goal: to build a stronger, more united, democratic Union. One that serves all our peoples.

Change starts at home. It is clear that none of the Western Balkan partners currently is ready to meet this challenge. Progress has been made, but comprehensive and convincing reforms are still required in crucial areas. The EU’s renewed encouragement, guidance and clear perspective, for Kosovo needs to be met with an equally renewed commitment and implementation.

The most pressing issue for Kosovo is addressing reforms in the area of rule of law, fundamental rights and good governance and to work together for reconciliation and good neighbourly relations. This means, a more determined fight against organised crime and corruption, a stronger and more independent judiciary, a more efficient and effective public administration; It means building an education system which prepares Kosovo’s youth for a stronger and a more competitive economy. The Stabilisation and Association Agreement, which entered into force in 2016, is our contractual agreement and represents the framework for these reforms. Kosovo needs to continue to actively implement this agreement.

Not all partners shared the same starting point nor will all of them reach the finish line at the same time. Serbia and Montenegro are the frontrunners in this race because they have been delivering on their SAA obligations for much longer than everyone else.

Having said that, the strategy, as I said before, is a roadmap. The pace of developments, and ultimately the order by which each partner approaches the finishing line, will depend on their willingness to implement reforms and their ability to deliver.

Kosovo was the last partner to enter the race. It is up to you to prove that you can progress faster and catch up.

And make no mistake; it is equally important that Kosovo honour the commitments it has undertaken, notably on the Specialist Chambers. Credibility is a hard won currency, don’t devalue it.

It is not the first time you have heard me, or my predecessors, speak about this need, nor will it be the last time. There can be no replacement for determined, real reforms. This means hard work and difficult choices.

It is up to Kosovo to make the best of this opportunity. To unite and use the concrete opportunity outlined in the strategy to move forward on reforms, to prepare Kosovo to strengthen its democracy, its economy and its rule of law so that you are able and ready to play full, constructive role in our common destiny.

This is a shared responsibility of all political actors, but also of the society as a whole. Joining the EU is a choice. It needs strong and sustained political and societal consensus to succeed. It is up to your leaders and politicians to treat this moment as an opportunity, not yet another domestic political diversion to score short-term advantages over political rivals.

The EU remains the key partner of Kosovo and the region, the largest investor and biggest donor. The EU remains committed and we will do our utmost to help you, as we have done in the past.